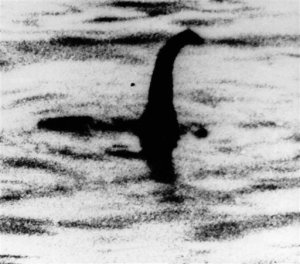 Have you heard that there was a rare red heifer born in Israel; the kind needed to sacrifice for the rebuilt Temple? We must be nearing the end times!

Did you know that Proctor and Gamble support the church of Satan and put a Satanic symbol on their products? We must be in the end times!

Are you aware that for a gang initiation guys drive back roads with their headlights off and shoot the first person in an oncoming car to flash their lights? Things are waxing worse and worse. It must be the end times!

Urban legends are a staple of fundamentalist lore. This is especially true of those wild tales that end up being repeated as sermon illustrations. Quasi-scientific anecdotes have an especially long life in this genre. Have you ever heard any of these gems?

Who could resist such compelling tales when they come from the mouth of a respected pastor or evangelist? And how could he possibly resist using such stories when they so easily illustrate the point of his sermon? So the urban legend continues, passed down from generation to generation.

However, the claim that sugar is only one molecule away from cocaine is almost certainly the truth. Surely a pastor wouldn’t just make that up, would he? One would certainly hope not…

This entry was posted on Friday, November 28th, 2008 at 1:20 pm and is filed under Sermons. You can follow any responses to this entry through the RSS 2.0 feed. You can leave a response, or trackback from your own site.

One Response to Urban Legends